Read $uicideboy$ Were Better In 2015 Lyrics in English. It is an English song lyrics sung by $uicideboy$ and music produced by Budd Dwyer. Lyrics of the song is written by Aristos Petrou & Scott Arceneaux Jr.. Premiered on “$uicideboy$” youtube channel.

$uicideboy$ Were Better In 2015 Lyrics in English 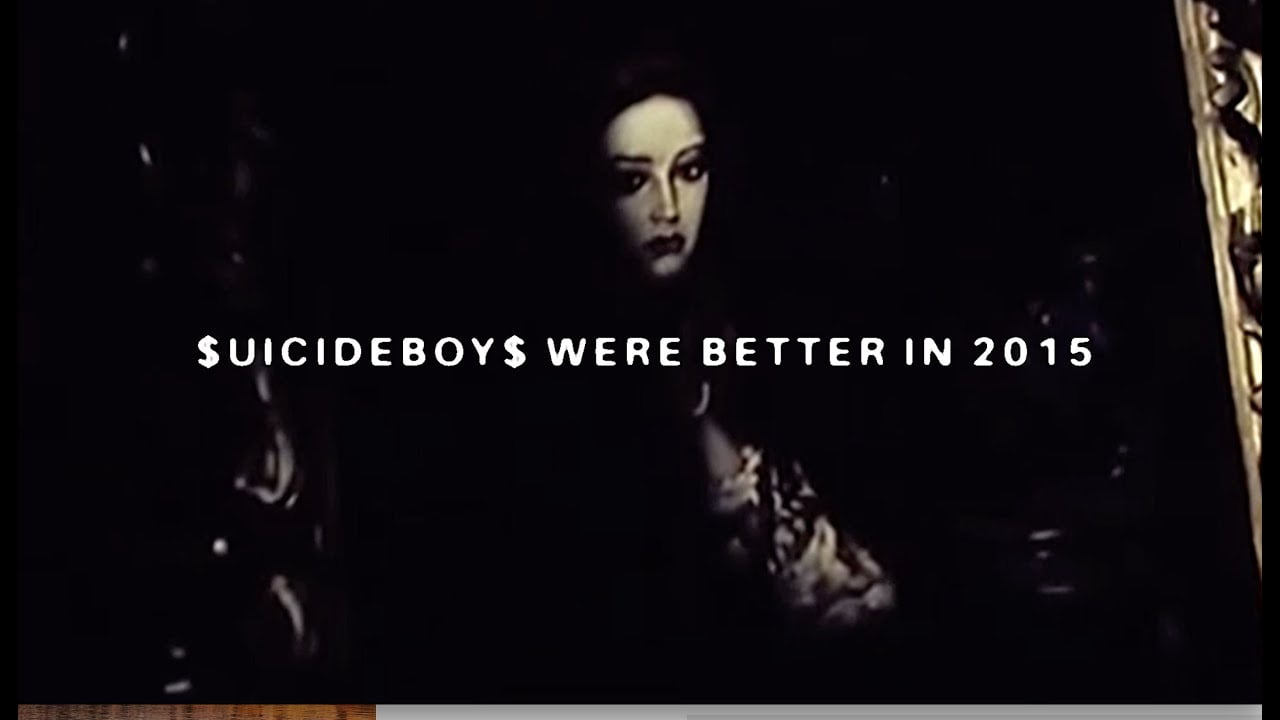 Still here boasting my emotions
Now coping while fu*king dopeless
Let the dope hit, Breathing slowly
Look baby, I’ll show you hopeless
Load the ammo, $carecrow no shadow
Bloody pianos, Sold-Out gallows
My mind so harrowed from tragic backroads traveled
Waking up with dread, Pop off on my meds
Nose deep in narcotics
Window shopping for my father’s problems
Do you have some options?
My hand numb from gripping the pistol
Trigger finger callous
My heart out to my girl
I know that loving me is a challenge

Garbage, What i’m spewing, Sluggish, How i’m moving
Dope is what i’m choosing if you ask me how i’m doing
I be cruising, Coasting, Using, Dosing
Just don’t overdue it, Hoping i don’t fu*king lose it
Rope in hand i tied the noose, It’s open
Another night blacked out, Lying on the bathroom floor
I ain’t gonna black out, I ain’t gone last out
I guarantee i’ll have some more
I’ma dive into the void, Head first
Ain’t tryna avoid said thirst, I’m tryna enjoy death
Worst things about me
Constantly doubting the fact that i’m blessed by a curse

I feel like i hit rock-Bottom
And another trap door opened
And i plunged further into despair
God only gives us as much suffering as we can endure
I mean, Pile us on the ship to see if we’ll break? why?
To test our faith, And to make us appreciate
The good that we do have
Well, Forgive me for saying so
Reverend, But god is a sick fu*k

Faq on $uicideboy$ Were Better In 2015 Lyrics

Who are the lyrics writers of $uicideboy$ Were Better In 2015?

Aristos Petrou & Scott Arceneaux Jr. are the lyrics writers of $uicideboy$ Were Better In 2015.

Who is the music producer of $uicideboy$ Were Better In 2015?

Budd Dwyer is the music producer of $uicideboy$ Were Better In 2015.

Hi There, I am Rashmirekha. I Write All Newly Released Song Lyrics. You Can Check Out Of The Best Romantic Songs Lyrics. If you want some other song lyrics then please reach us out on our contact us page.